How to create a sales promotion that will help, not hurt, your business and incorporate charitable giving. 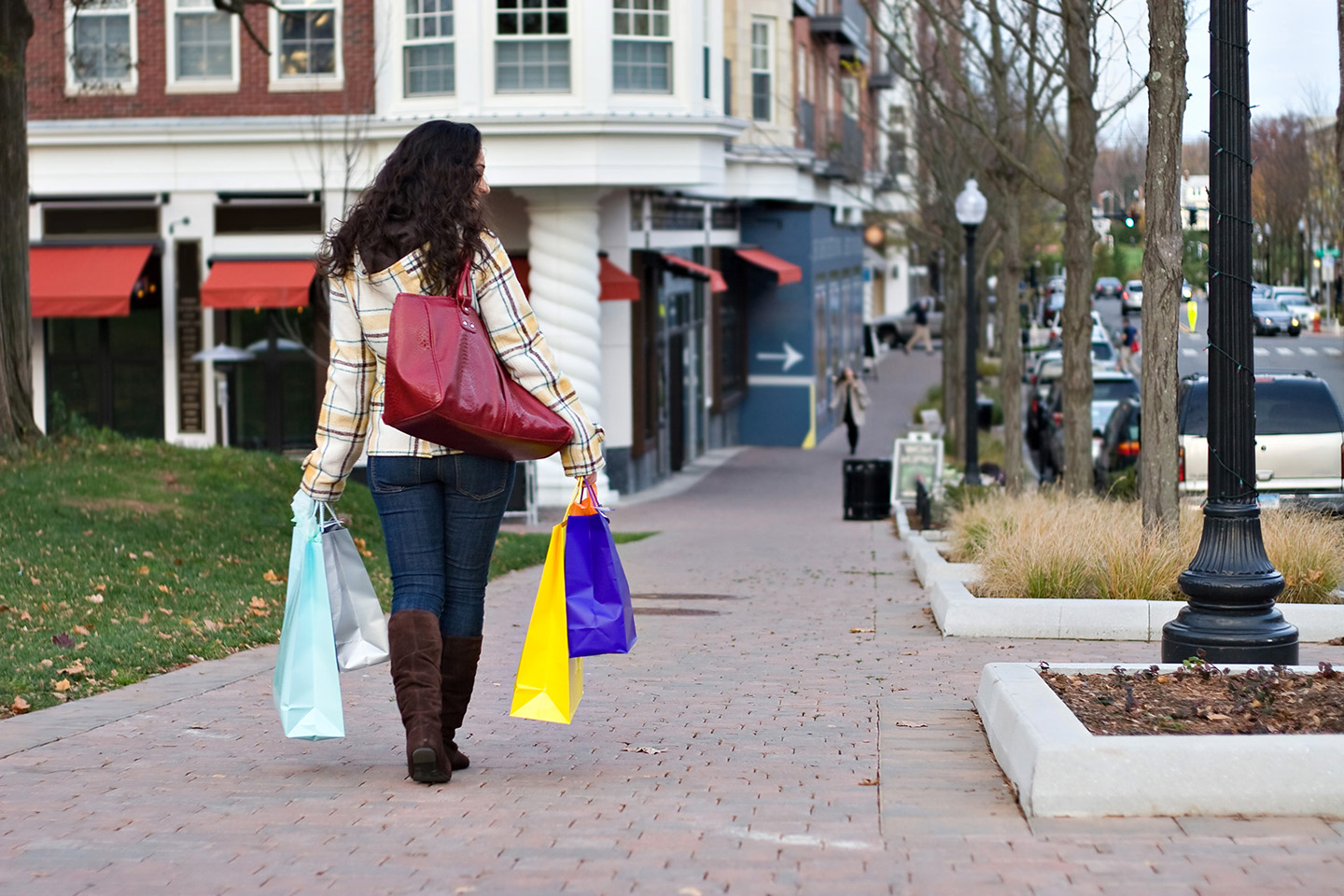 It may only be the day before Thanksgiving, but large chain stores are already pulling out the Christmas decorations, and that means that sales promotions for the holiday shopping season won’t be far behind.  Large chains have armies of analysts who pour over data to figure out how to design those promotions.  But if you’re a small business without a whole department of number crunchers to guide your decision making, how do you create a sales promotion that will help, not hurt, your business?  And since it’s the season of giving back, how can you incorporate charitable giving?  Try these four tips to start.

1. Remember that you need increased volume to make up for lost revenue.

Whenever you’re designing any sales promotion, whether connected to the holiday season or not, the overarching principle to keep in mind is the trade-off between margin and volume.  We’ve written about it before in a strategic sense in the context of understanding the way your business makes money.  But you can also think about it in a tactical sense in the context of designing a particular sales promotion.

Essentially, the return that you get on the capital that you put into your business depends on your profit margin and your asset turnover ratio.  In fact, your return on capital is actually the product of your profit margin multiplied by your asset turnover ratio.  So if either of those two factors goes down, then the other one has to go up in order for you to make the same return on capital.

And these two concepts tend to work at cross purposes.  If you want to charge a really high margin on whatever you’re selling, then not as many people are likely to want to buy it, so the volume that you can sell, or how many times you turn over your assets, is going to go down.  And if you want that volume to go up, then you might have to sacrifice some margin to get it to go up.

When figuring out how much to discount an item, take that amount off of your topline revenue that you would otherwise have expected to earn for that type of item and see what that does to your net profit margin.  Divide your return on capital by that new net profit margin, and now you’ll know how much better you need to do on the volume front.  Does it seem realistic that customers will respond with enough additional business to make it worth it?  If not, then go with a smaller discount.

2. Be thoughtful about one-for-one giveaways.

With that basic framework in mind, how do you incorporate charitable giving into your holiday promotions?

Well, if you sell physical goods that could help someone in need, then consider a holiday season giveaway.  You might’ve heard of this in connection with the one-for-one giveaway offered by TOMS Shoes, who generally gets credit for coming up with the idea, and various other companies who have followed their example.  The idea is just what it sounds like:  For every one item that a customer purchases, the retailer gives away one item to charity.

Mathematically, for this type of model to work, your gross profit margin needs to be more than 50%.  In other words, you’re charging for an item at least twice as much as you paid for it.  When this is the case, in a rough sense, each item that you sell will pay for the item that you’re going to give away.  But that’s before you take into account other variable costs like taxes.

While there’s something to this approach as a matter of charity, you can immediately see the problem here from a business perspective.  If your gross profit margin were, say, 53%, then you’d need to do a whole lot of additional volume for the 3% gross profit margin that you’re keeping on each item to offset the lost revenue.  Think about whether enough customers will like your approach to charitable giving enough to increase the volume to the point where you can pull it off.  And when you think back to that trade-off between net profit margin and volume, remember that here we’re still talking about gross profit margin, and we haven’t even gotten to all the other costs that’ll take a bite out of your revenue yet.

So does that mean that you can’t do a giveaway because charity and business are fundamentally inconsistent?  Not at all!  It just means that you need to figure out what level of charity your business can sustainably support.  For example, suppose your holiday giveaway program promises that for every five items sold, you’ll give away one to charity.  Now with that 53% gross profit margin, you’re really keeping 43% on each item, so it’s easier to sustain your charitable giving.

The first time you try a program like this, be conservative in how you set your targeted level of giving and run the numbers on the backend to see what actually happened.  Did the offer spur a lot more business than you were expecting?  If so, then you might be able to sustain the program and run it in future years.  If not, then back to the drawing board.  Use trial and error here until you get to the point that you know what you can afford to do every time the holiday season rolls around.

But what if you don’t sell a physical product?  What if you perform a professional service?  Well, you can still develop a giving program that uses your professional talents; it just takes a little more creativity to pull it off.  For example, consider finding a charitable organization in your community that does work that you admire.  You could commit to providing a certain number of hours of your professional service to that organization for free for every new client who hires you during the holiday season.

Again, this one takes a little creativity because you have to find a charitable organization that can actually use your services and has enough of a need that they’ll have things for you to do that will fill the time that you end up needing to commit to them.  So reach out to those organizations before you make the offer to current and potential customers because you’d hate to be in a situation in which you acquired new business by making an offer to do charitable work but then found out that no one really needs the work that you were offering pro bono.

Remember that scene in a Charlie Brown Christmas in which Sally asks her brother Charlie Brown to write a letter to Santa Claus  “Make it easy on yourself,” she tells Santa.  “Just send cash.  How about tens and twenties?”

In this case, there’s actually something to that.  As you can see from the previous ideas here, it’s difficult to design sales promotions that will add to your bottom line under normal circumstances.  When you add in charitable giving as another component, you’ve added another constraint that will make it harder to do so.

If charitable giving isn’t one of your priorities, then just focus on figuring out how much the needle will move for a certain decrease in price.  The fancy term that economists use for this concept is called price-elasticity, and you probably want to have a good sense of price-elastic or price-inelastic demand is for what you’re selling anyway.

But if charitable giving is one of your goals, then you might find it easier to structure your giving by making cash donations instead.  Lots of businesses will commit to donating to charity a certain dollar amount for every item sold or a certain percentage of profits to charities.  The nice thing about this approach for you is that it avoids the problems associated with in-kind matched giving.  You don’t have to figure out just how many items or hours of work you have to sell to give away a particular item or hour of work.  You can just focus on the math and see what dollar amount your business can afford to give.  Doing that for a local charity can be a big help to them, and it can be a good investment in your local community, too. 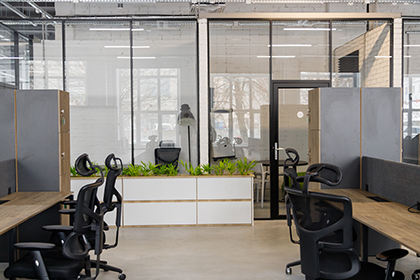 Why You Should Consider Coworking Space 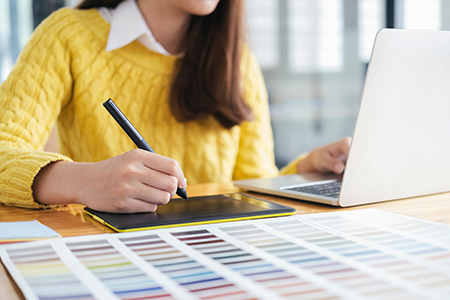