Seven Strategies for Managing Your Business Through Inflation

Inflation makes us all angry, but we still need to make clear-eyed business decisions to get through it. 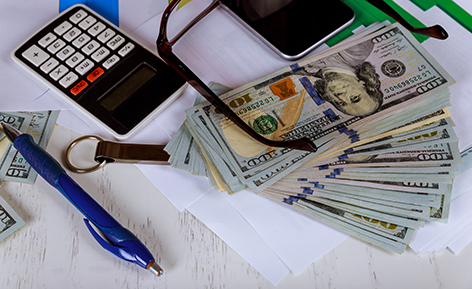 In May, inflation hit 8.6%, which is the highest it has been in over forty years.  Most Americans are probably too young to remember the last time inflation was this high.  For months, politicians have been telling us that inflation would be “transitory,” but no less than U.S. Treasury Secretary Janet Yellen has since admitted that this view was wrong.  To both consumers and small business owners, who all live in the real world, the prospect of sustained inflation has been obvious for a while now.

As a small business owner–and a consumer when you’re off the clock–we’re guessing that you’re probably pretty upset about inflation.  And you’d be in good company, too, because a large majority of the American people think that inflation is the single most important issue facing the country right now.  Inflation infuriates people because a cheapened dollar doesn’t go as far, so everyone’s standard of living falls accordingly.  For a small business, that means higher costs eating into your margins and the unpleasant prospect of raising prices on your customers to stay afloat.

Now that we’ve acknowledged that anger, let’s set it aside because it isn’t going to help you very much.  You can only control so many things in your little corner of the world, but it’s best to focus on the things that you can control instead of worrying about the things that you can’t.  So let’s roll up our sleeves and get to it.

When it comes to an inflationary period in the economy, your goal as a small business owner is survival.  Here are seven things that you can do to weather the storm:

Every business is a collection of systems, processes, and routines.  And if there’s one thing that all processes share in common, then it’s the fact that they all have a bottleneck.  The bottleneck is the step in a process with the lowest throughput, and it limits the productivity of the overall process.  See if you can find that least efficient step in your processes and improve it.  If you can produce more without having to add more inputs, then that greater efficiency will give you more breathing room in your margins.

Take a look at all of your expenses.  Are you spending money on something that’s a nice-to-have, not a need-to-have?  If so, then give some thought to whether it’s time to cut that expense.  You may end up doing some extra work yourself that you’d previously hired out, and that still involves an economic cost on your time, but at least you won’t have to come out of pocket for it and can conserve a little cash.

3. Get Quotes from Competing Suppliers

For those expenses that you can’t cut out completely, test the market and shop around.  Do any of your suppliers have competitors who offer lower prices?  If not, then might any of those competitors be willing to give you a discount just for switching?  As in any negotiation, the worst they can do is say no, so you might as well ask.  Also keep in mind that your suppliers don’t want to see you go out of business, so they do have a bit of a vested interest in your survival.  If they try to raise prices on you, then talk to them and see if you can work out a slightly better deal.

Really high inflation has a tendency to push people to make purchases sooner rather than later.  The reason is because the declining value of a dollar means that you’ll get more bang for your buck if you spend it today instead of tomorrow.  (Deflation has the opposite effect because that new tractor will be cheaper tomorrow, so you might as well try to fix the old one, even if it’s with chewing gum and baling wire, to keep it running for just one more day.)

The problem with approach when looking at the big picture is that it just exacerbates the problem.  If everyone is rushing to make purchases now, then inflation will only get even worse.  But when looking at just your particular business, the bigger problem might be that if you make that big investment in new equipment, for example, then you might not have enough cash flow to cover your expenses as your supplier costs rise, and you might have limited ability to borrow.  So take a hard look at major planned expenditures and question both whether they’re really necessary and whether you think that you can really get a revenue boost or cost savings out of them.

5. Be Careful Taking on New Debt

Debt is always and everywhere a tricky subject.  If you borrow to finance an investment and the investment pays off, then the debt will multiply the returns on your equity because you don’t have to share the upside with the lender after you pay off the principal and any interest.  But if the investment is a loser, then debt will similarly multiply the negative returns on your equity because you still have to repay the principal and any interest.  With leverage, you have to take the good with the bad.

In inflationary times, it can be advantageous to borrow if the nominal interest rate on the debt ends up being less than the actual rate of inflation over the same time period.  But don’t get carried away with this concept.  Lenders understand this issue at least as well as you do, and they’re going to build their inflation expectations into the interest rate that they charge you, and if you borrow on a floating rate instead of a fixed rate, then you need to be prepared for your rate to increase as inflation and interest rates rise.

If you’re going to borrow, then make sure that you feel comfortable that your investment project has a strong chance of producing enough additional revenue or cutting enough costs to justify the project, and make sure you understand all of the loan terms and how they could change if inflation and interest rates continue to rise.

You and your customers and suppliers aren’t the only ones feeling the pinch from inflation.  The people who suffer the most from inflation are consumers because they can’t pass the increase of their cost of living off on anyone else.  And some of those consumers are your employees.  As they see their costs of living rise and their standards of living fall, the real value of their paychecks falls as well.  If you don’t increase their wages, then you’re effectively paying them less and less every day for the same services.  Expect the issue to come up.

Remember that your goal for your business is survival, so you very well may not be able to make your employees completely happy on this score.  That said, if your goal for your business is survival, then you can’t really afford to have an angry and demoralized crew aboard your ship.  Be prepared to increase wages a little to blunt some of the effects of inflation on your employees but be candid about your inability to completely offset them.  You should also explain that higher costs are reducing your margins and your take home pay, too, so it isn’t solely your employees who are bearing the burden.  And if you really want to show leadership, then see what additional compression in your margins you can withstand in order to finance wage increases for your employees.  If you can find the room to sacrifice a little for your employees, then they might reward you with greater loyalty.

7. Raise Prices on a Product-by-Product Basis

At the end of the day, though, when your costs rise, eventually your prices will have to rise, too, or you just won’t be able to capture enough margin to stay in business.  But know that at least if you’re feeling pressure from rising costs, then so are your competitors.  That may give you a little cover to raise your prices, but that will get you only so far.  The market will only pay what the market will pay for a particular good or service, so make sure that you’re being strategic in whether and to what extent you raise your prices.

For starters, that means working on the cost side of the equation before you start to raise prices so that you have a little more flexibility in how much you have to raise them.  If your competitors don’t exercise the same discipline on the cost side and just raise prices across the board, then you might be able to get away with smaller price increases and undersell them.

That also means thinking about each of your product offerings individually.  Some products may have higher margins to begin with because customers view them as more of a necessity and won’t stop buying if the price goes up, and perhaps your costs for those products aren’t as high.  You may be able to increase the price here without losing too much business, but keep an eye on competing products and don’t get too far ahead of them.  For other products, the margins may be very narrow, and rising costs might make them net losers if you don’t raise your prices.  Consider whether you can raise prices on those products enough to get the margin you need so that it’s still profitable to sell them, but be prepared to sell fewer items and be prepared to stop offering a product altogether if it becomes unprofitable to keep offering it. 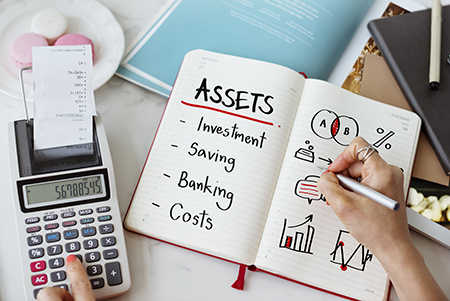 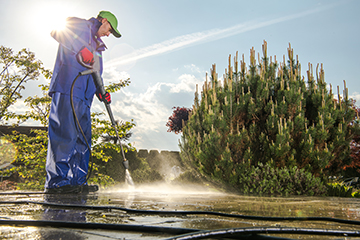 How to Start Your Own Pressure Washing Business